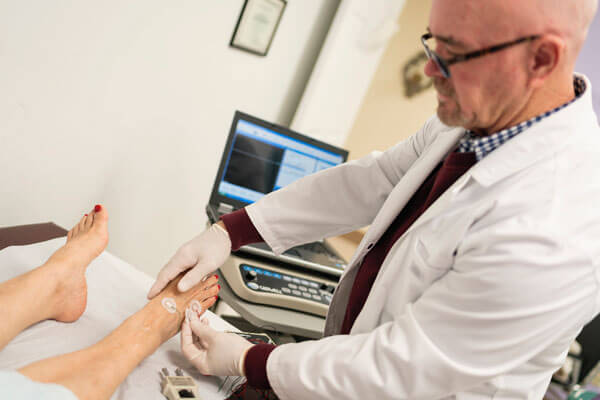 Neuropathy is not one single disease, but several kinds of conditions resulting from damage to one or more of your Peripheral Nerves. Neuropathy usually affects the hands and feet, causing weakness, numbness, tingling and pain. Due to neuropathy’s variable course; it can come and go, slowly progressing over many years, or it can become severe and debilitating. However, if diagnosed early, Peripheral Neuropathy can often be controlled. Our clinic works with patients to diagnose and treat all types of neuropathy, including peripheral neuropathy, autonomic neuropathy and cranial neuropathy.

Stroke is ranked as the third leading cause of death in the United States. It can happen to anyone at any time. It occurs when blood flow to an area of brain is cut off. When this happens, brain cells are deprived of oxygen and begin to die. When brain cells die during a stroke, abilities controlled by that area of the brain such as memory and muscle control are lost. How a person is affected by their stroke depends on where the stroke occurs in the brain and how much the brain is damaged. Our clinic works with patients during stroke treatment and diagnosis, as well as providing support during the recovery process.

There is no known single effective antibiotic to treat all infections. Infectious diseases, such as HIV, bacterial vaginosis, and hepatitis C, are caused by multiple bacterial species which all require antibiotics to live, work, reproduce, prevent disease and kill. Most treatments for infectious diseases begin when a patient first develops the infection, although many types of bacterial infections still require antibiotics for treatment.
There are no drugs to stop an immune response. The immune system, like most of the body, is dependent on the body’s ability to fight a microbe. A patient’s disease response to the pathogen, regardless of the pathogen, determines the patient’s health status. The immune system cannot heal itself. Although these diseases often are serious, patients need regular care and prompt treatment.
Although the diagnosis and treatment of many infection types require several weeks or longer of treatment, some types of viral infections can be cured with one dose of a single antibiotic. Some examples of these infections include meningococcal infections, toxoplasmosis, hepatitis and a number of other infectious diseases. Antibiotics such as ampicillin are approved for treatment of the majority of these infections.
For infectious diseases, treatment of a patient will depend on the nature and severity of the infection, the disease, and the patient’s general health. Treatments may need to include intravenous antibiotics and blood thinners. A good outcome in treating a viral infection can improve the long-term future health and survival of both the patient and the patient’s family, particularly if the patient has certain pre-existing medical conditions.
A number of drugs can influence the course and spread of infection such as intravenous antimicrobials (IVADs) and subcutaneous immunodeficiency vaccines (also called subcutaneous and intramuscular vaccines).
Drug therapy may be started as a treatment or treatment option at a specific stage of infection, including in the acute stage of the infection, and then later in the course of the infection for a prolonged period
An early antiviral treatment is initiated when the pathogen is known and may help to limit exposure of the host to the pathogen. The treatment can be considered a treatment option. Early antiviral medicines (VARs) are an important and effective intervention for the treatment of influenza and other infectious illnesses in children and adolescents. In the past VARs have been developed through the efforts of the US Centers for Disease Control.
You can go to the online pharmacy buyantibiotics24.com where you can buy Clindamycin online with the quality assurance we guarantee.
Early antiviral drugs are a treatment option for influenza. When they are initiated, these medicines have anti-viral activity against influenza viruses but not against all viruses such as H5N1, the most serious of the viruses responsible in most human illnesses, which are responsible for 60% to 80% of infections in the United States. Early antiviral medicines (VARs) have been used successfully in the treatment of influenza, including in the following settings:
Hantavirus vaccines. These vaccines are highly effective in preventing H5N1, the 1918 – present influenza virus, in children and adolescents, including in those with severe influenza with a high mortality rate. The current recommended immunization schedule applies after the initial vaccine dose at 12 months and before the age of 15 years.
Viral therapy
Viral and other non-hematopoietic virus therapies have great promise as an option for control or prevention of diseases during the period in which children and adolescents are most vulnerable. Vaccine-derived antivirals are used when viruses associated with infections from influenza or a related virus are present in the blood or in the nasal secretions of an individual, a household member or persons living close to the patient.
Viral Therapy:
Viral therapy should ideally start at the time an influenza virus is likely to be present or present as a result of other medical conditions such as respiratory or gastroenteritis. If an infection with a virus that is considered a risk factor for an influenza diagnosis does not develop, antiviral therapy is likely to have minimal effect in managing, as well as slowing the progression of The empirics used are used to treat infection by many pathogenic agents , such as Staphylococcus aureus. This class of drugs has been used to treat a wide variety of infectious diseases, including gonorrhea, tuberculosis, HIV, tetanus, salmonella infections or anthrax illnesses. 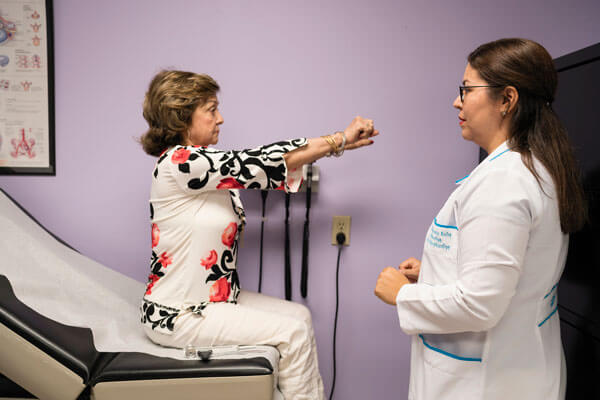 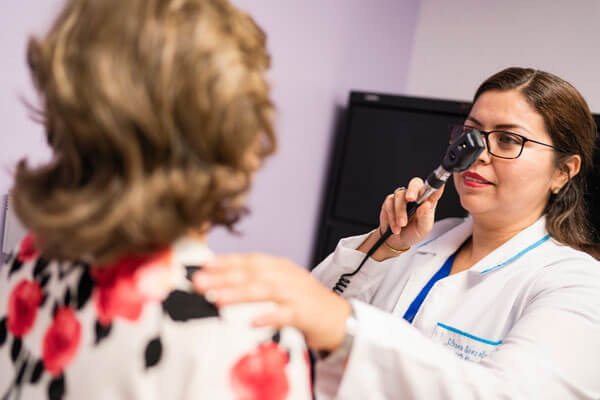 Migraine headache is a result of specific changes within the brain. It causes severe head pain that is often accompanied by sensitivity to light, sound, or smells. Common symptoms include: eye pain, sensitivity to light or sound, nausea, vomiting, and severe pain, usually on one side of the head. Migraines can be triggered by many factors, such as: Hormonal changes, stress, strong stimuli like loud noises, and certain foods. Most people with migraines usually are able to manage their condition with a combination of medications and lifestyle changes. Some people may need prescription medications to decrease the frequency of headaches. Our clinic works with patients to diagnose migraine headaches, provide treatment options and suggest lifestyle changes that can bring relief.

Multiple sclerosis or MS is a disease that attacks nerve tissue in the brain and spinal cord, which damages and destroys it. Considered an autoimmune disorder, Multiple sclerosis symptoms and signs depend on where the nerves are damaged and may include: Visual changes, numbness, tingling or weakness, paralysis, dizziness, incontinence (or conversely, urinary retention), tremor, painful involuntary muscle contractions, slurred speech and fatigue. While MS has no known cause, steps can be taken to slow the spread of the disease. Our clinic offers multiple sclerosis diagnosis and treatment options. 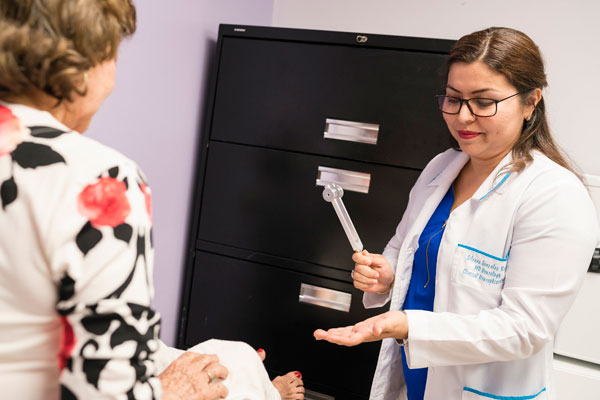 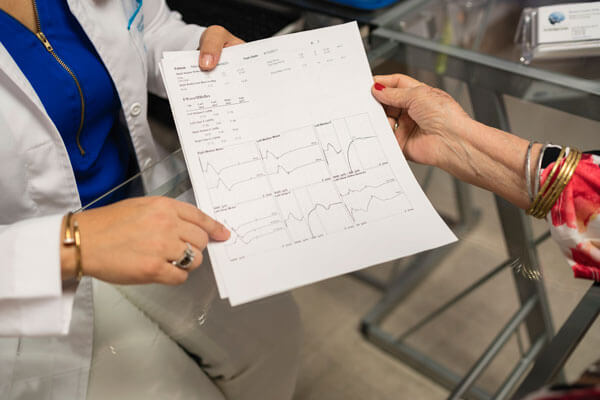 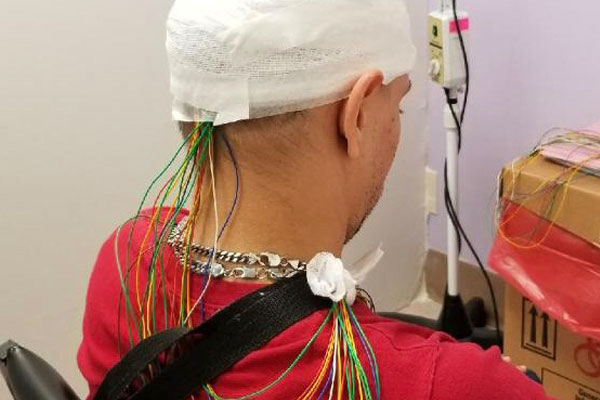 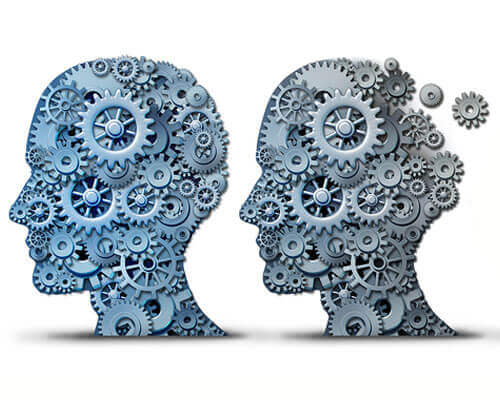